Are you an incoming or prospective student with a passion for the visual and/or performing arts? Then this is the week for you! Every day we will be featuring a guest blogger, each with a unique story to share about the thriving artistic communities at UVA. Our third guest is Avery Erskine, a third year student minoring in drama!

Disclaimer: this post starts with advice that goes against whatever anyone tells you about starting college.

When I first arrived at UVA, I completely ignored the “don’t sign up for everything” rule. I went to the activities fair and signed up for a ton of listservs, I attended interest meetings, and I auditioned for almost every drama production that was happening on Grounds that semester. I knew that I wanted to act in some capacity in college, but I wasn’t sure how much, and I barely knew anyone involved in theatre at UVA. Auditioning for all of those shows — and not getting called back for most of them — was terrifying.

And I think you should totally do it.

Even though I was only cast in one show — Shakespeare on the Lawn’s Romeo and Juliet — introducing myself to both the theatre CIOs and the Drama Department was as much of an audition process for them as it was for me. The same is true for general clubs: I got to try everything out, but I didn’t end up sticking with everything. I got to pick what was best for me, and I met a lot of cool people in the process. 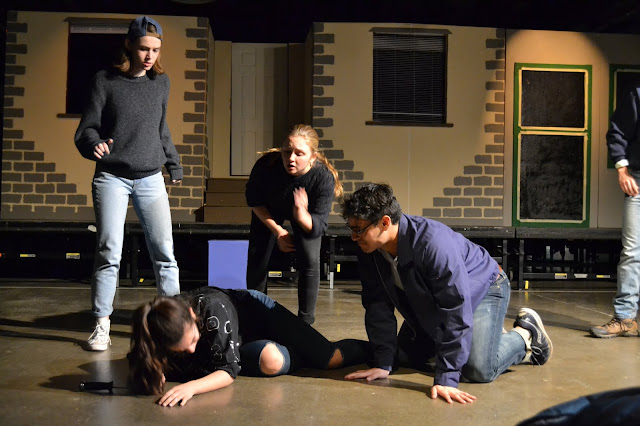 A scene from Romeo and Juliet, dir. Kristen Barrett.

UVA has many student theatre groups, so if you want to do theatre in any capacity — from building sets to performing to directing an entire show — you’ll be able to. Everything in student theatre is done by students. Although I did both SotL shows my first year, many first years opt to participate in First Year Players, in which the entire cast and the stage manager are first years. That’s musical theatre, though, which, no offense to anyone, is not exactly my style. (If you want to know more about musical theatre at UVA, check out Payton Moledor’s post!) Another option is Spectrum, which aims to put on provocative, socially relevant performances. They do both musicals and straight plays, so there’s a lot of crossover between Spectrum with the other student theatre organizations. There’s a lot of crossover between ALL student theatre organizations, in fact. There’s even collaboration between groups sometimes: Paul Robeson Players, UVA’s Black theatre CIO, partnered with SotL to produce the production of Romeo and Juliet that I was in my first semester. Another option for student theatre is LingXi, which is UVA’s Chinese theatre CIO. They perform their work in Chinese and provide English subtitles at performances. Like I said, there are so many options if you’re looking to do theatre at UVA! Not only will student theatre be a great creative outlet, but student theatre groups are a fantastic way to meet new people. The cast and crew of Romeo and Juliet were my first friends at UVA, and I’m still close with many of them.

The spring semester of my first year, I auditioned for UVA Drama’s New Works Festival. The New Works Festival is a production of short plays written by UVA students, directed by UVA students, and performed by UVA students. I had the honor of working with a great team of seven students to devise a piece for the festival, and it was one of the most rewarding experiences of my life. If you are interested in pursuing theatre professionally after college, you should definitely audition for Drama Department productions. UVA Drama productions are performed in real theaters (whereas student theatre is usually performed in the Student Activities Building), and there are more resources available to the department than student theatre, making every part of the show comparable to a professional production. In fact, you learn so much about professional theatre by working on a Drama Department production that UVA offers credits for students participating. I got 1 credit for New Works and 3 for She Kills Monsters, which I did the first semester second year. 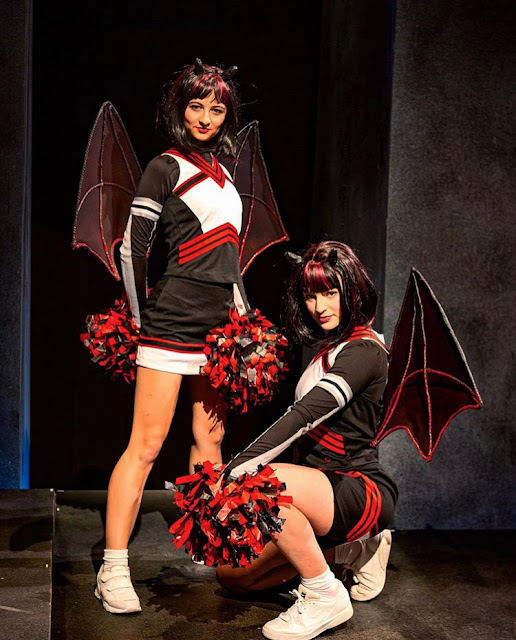 If you’re looking for more Drama credits, I would highly recommend Acting I — it’s a prereq to a handful of Drama classes, the Drama major, and the Drama minor. It’s also a great way to try theatre for the first time. A lot of people take Acting I to gain confidence in public speaking or explore their creative side. My class included people like me (who, if you can’t tell by this point, is pretty damn into theatre), an exchange student from the UK, a football player, and a kid who had never acted before but ended up minoring in Drama. If you’re looking for other recommendations, I would take Dave Dalton’s directing class and Doug Grissom’s playwriting classes. Dave’s class completely prepared me for the show I started directing my second year (Twelfth Night with Shakespeare on the Lawn, if you’re curious), and Doug’s classes taught me how to tell stories and reminded me how much I love writing. I’m now enrolled in the year-long class he teaches with Paul Wagner: one semester of screenwriting and one of film production, colloquially referred to as “Overcranked.”

My first year, I acted in two Overcranked films, and I loved every second of it. Because I didn’t have many film acting opportunities in high school, it was exciting to learn an entirely new way of performing. One of the films I was in even played at the Virginia Film Festival. I thought film-festival-level productions would happen after college, definitely not in my first year. And if you’re curious, all of the films at the festival are free for students with Arts Dollars. You just have to make sure you reserve them before they sell out! Some of the movies that have been featured at the festival include The Favourite, Harriet, and If Beale Street Could Talk. 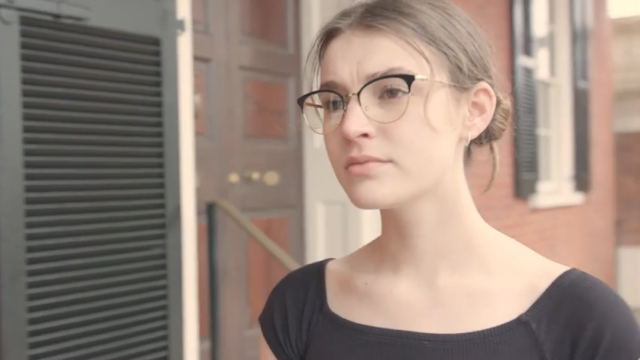 A still from Visibility Cloak, dir. Kristen Barrett and shown at the 2019 Virginia Film Festival.

My first year, I got an email about applying to Virginia Players’ executive board, which I applied to despite not fully understanding what VAP does. I ended up being one of two artistic directors in 2019, and I’m currently VP of the organization. (Don’t worry, I made sure I knew what it was before I became artistic director.) VAP is the student branch of the drama department, providing social, educational, and performing opportunities for students within the drama department. Think of it as a student government of sorts. In a non-COVID year, we’d run monthly workshops that are free for all students, we’d plan opening night celebrations whenever a department show opened, and we’d help produce Lab Series, which provides money and drama department space to a student to direct a play. This year, we’ll be doing almost double the amount of workshops, and we’ll have plenty of virtual acting and tech opportunities. To find out more about VAP, UVA Drama, and student theatre, come to our virtual theatre fair on August 28! It’s a great opportunity to meet people who are already involved and people who are also new to UVA theatre. You should also sign up for VAP’s listserv: we send out monthly emails with details of drama opportunities within the department, student theatre, and the cville area.

From devising a play to making decisions on exec boards to directing a play, a lot of the best experiences I’ve had at UVA have been the result of trying new things even though they scare me. There are certainly things that I’ve signed up for that I didn’t like, but trying everything I found interesting at least once ensured that I found the experiences I really loved. Long story short: Don’t be scared, try everything once, regret nothing.

If you're looking to learn more about University of Virginia student life, you've come to the right place! This blog is run by UVa students, for UVa students. We cover everything from academics, to dorm life, to some of our favorite things to do in Charlottesville.

If you have questions about any topic, please comment and a student blogger will get back to you soon!

Welcome to the blog, and thanks for reading!

Questions about the admissions process? Visit The UVa Admission Blog: Notes from Peabody at http://www.uvaapplication.blogspot.com/!

Schedule a tour, fill out a profile, and access the Student Information System